Now that the fuel pipes were all connected, it was time to try out the system and carry out a fuel flow rate test from both fuel tanks.

But first the CAV-110 Fuel Drains needed fitting … actually I had purchased a stainless steel version of these fittings earlier in the build.

After applying Loctite 567 on the threads since they are NPT, I gently nipped them up.

We only put 5 litres in each tank, but this was the first time fuel had been in them.

Such a small quantity is obviously not checking them properly for leaks, but so far so good!

The UK regulations urge you to carry out the flow test in a climbing attitude, but this would be challenging and risky to rig up for a RV14! Bottom line … we simply settled for three point attitude.

I had powered the aeroplane up from the EarthX battery several days earlier, so out of interest selected the G3X screen showing the flow rate to compare … it will be calibrated properly later.

Then we decanted it into a measuring jug to record the exact volume.

The left tank flow rate worked out at 168 litres/hour, and the right at 171 litres/hour.

The “eagle-eyed” will notice a Red Cross on EGT4. This was the only issue I noticed on the power up after fitting all the sender wiring, and I tracked it down to a faulty EGT probe, now replaced.

I guess we were very unlucky to purchase a new faulty probe!

We carried out the tests twice per tank to check for consistent results, and then torqued up the fuel pipe back onto the fuel servo.

This needs to be done with the plane in a flying attitude, so we raised the tail up on a trestle.

Then we ran the fuel pump until until the flow faltered, and then drained out the remaining fuel.

As expected the unusable amount is very small, as seen in this picture of the measuring jug … 0.25 litres per tank. 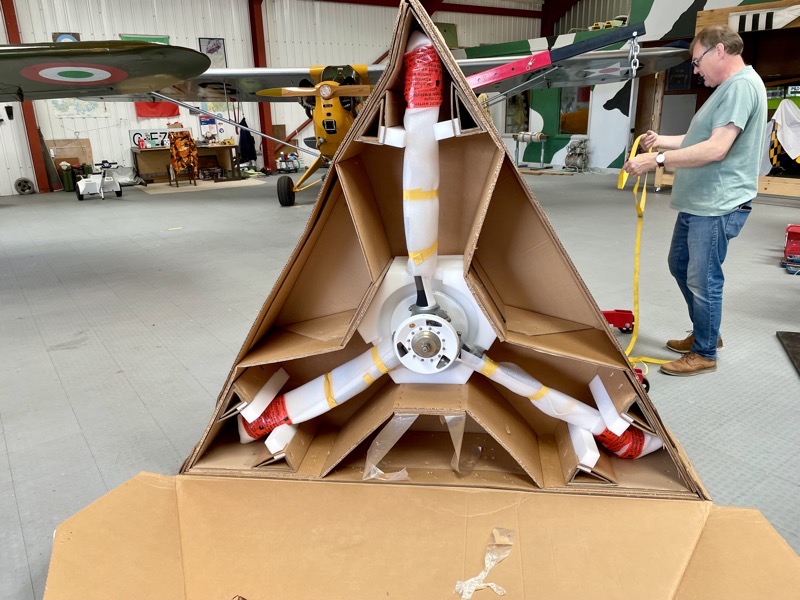 We had removed the propeller ready for the paint shop, but we now refitted it and torqued the bolts. 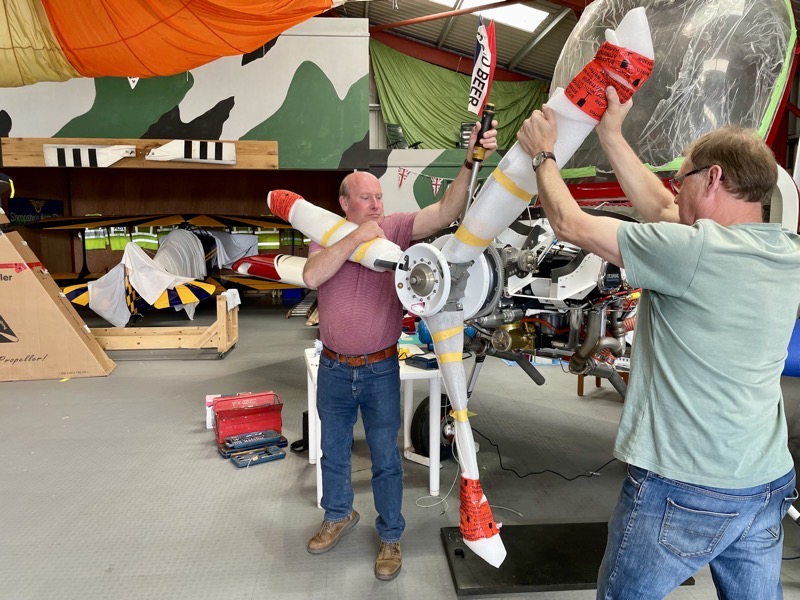 These bolts need a large torque value, and luckily a friend had one suitable which we borrowed. 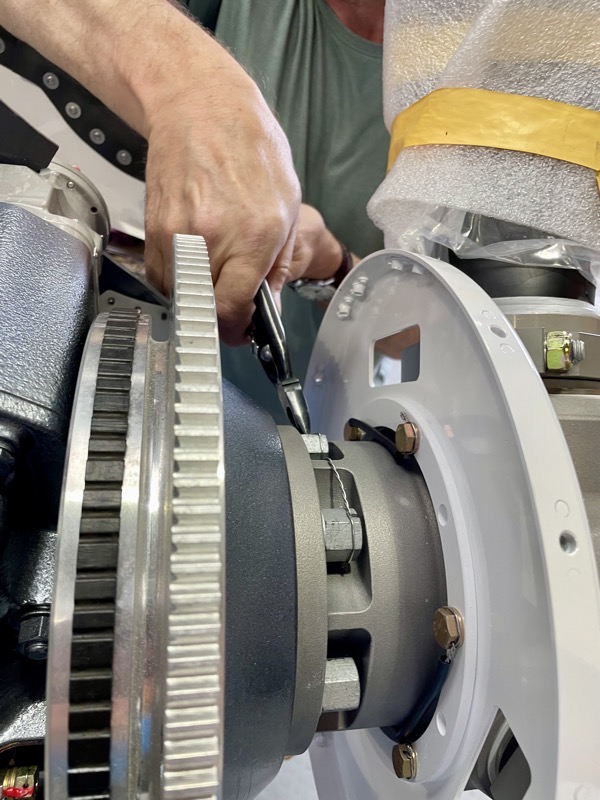 The bolts have to be wire locked, which proved challenging since some of the holes ended up very hard to access in the recesses.

The only way was to back off some of the bolts, thread the locking wire through the holes, and then re-torque. 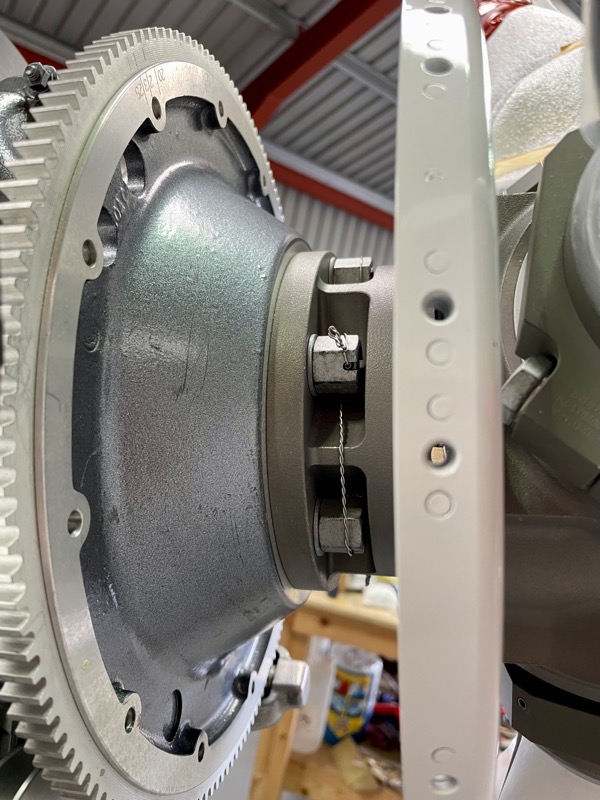 Links to other posts

Be the first to comment on "Fuel Flow Test, Propeller"

The “Build Stages” refer to the sections in the Van’s Build Manual, and miscellaneous topics such as tools etc.

Select a category from the Build Stages dropdown box to display posts relating to the relevant manual section.

The topic headings refer to the section pages so that other builders can easily refer to a particular stage of the build.

Many pictures can be viewed in higher resolution by clicking on them.

The search bar below may help quick navigation to a particular topic if present on the site.